Here's what's been happening in the past month at CentOS

The following releases and updates happened in August. For each update, the given URL provides the upstream notes about the change.

We're pleased to announce the following releases in August:

We issued the following CEEAs (CentOS Errata and Enhancement Advisory) during August:

We issued the following CESAs (CentOS Errata and Security Advisory) during August:

We issued the following CEBAs (CentOS Errata and Bugfix Advisory) during August:

SIGs - Special Interest Groups - are where people work on the stuff that runs on top of CentOS. Here's some of the highlights from a few of our SIGs from the past month

Platform as a Service (PaaS) SIG

If your SIG wants a report to appear in the newsletter, send your report to the centos-devel mailing list with a subject line containing "XYZ SIG Report" (where "XYZ" is the name of your SIG), and we'll include it in upcoming newsletters.

SIG meeting minutes may be read in full in the MeetBot IRC archive.

CentOS participates in many events, in various capacities, in order to build our local communities all over the world.

In August, we were at three large events: 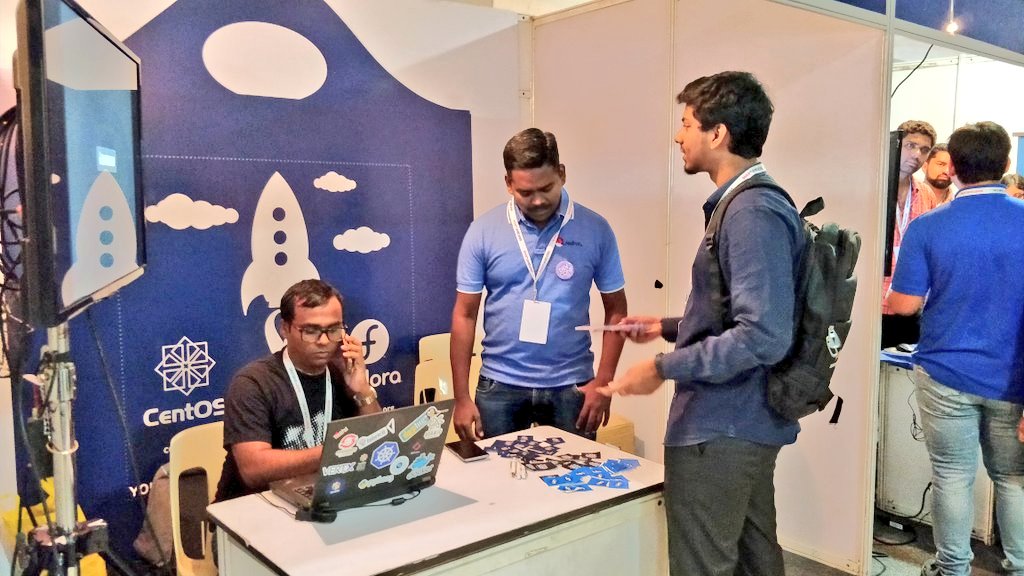 On August 4th through 5th, DevConf.in was held in Bengaluru, India, and CentOS was there, sharing space with Fedora. DevConf is an annual developers conference which is held in three different locations around the world.

Speaking of which, later in the month we also were at DevConf.US in Boston. This was the first DevConf in North America, and we were delighted to be there.

In addition to the main event, we ran a Dojo on the day before, with presentations covering a wide range of topics. The videos from all of the presentations at the event are now on our YouTube channel.

And, in the last week of August, we were at Open Source Summit North America in Vancouver. OSSummit is a great event in that we get a lot of people that may be either new to Linux, or at least to CentOS, and so we have the chance to teach them. But there's also representation from a huge range of industries, and so we get to learn about how CentOS is being used in many different applications.

(If you have photos from any of these events, please consider adding them to the CentOS group on Flickr.)

September looks pretty quiet on the events front (please tell me if you know of any relevant events!), but in October we have two great events.

First, we have the CentOS Dojo at CERN, on October 19th. This is a full day of CentOS technical talks at the legendary CERN facility in Meyrin, Switzerland. Like last year, there's an emphasis on cloud computing, but other topics are also covered. The schedule is published, and registration is open!

The following week, we'll be in Edinburgh for the Open Source Summit Europe. That's a week-long event covering a wide range of technical content around Linux and open source.

We hope to see you there!